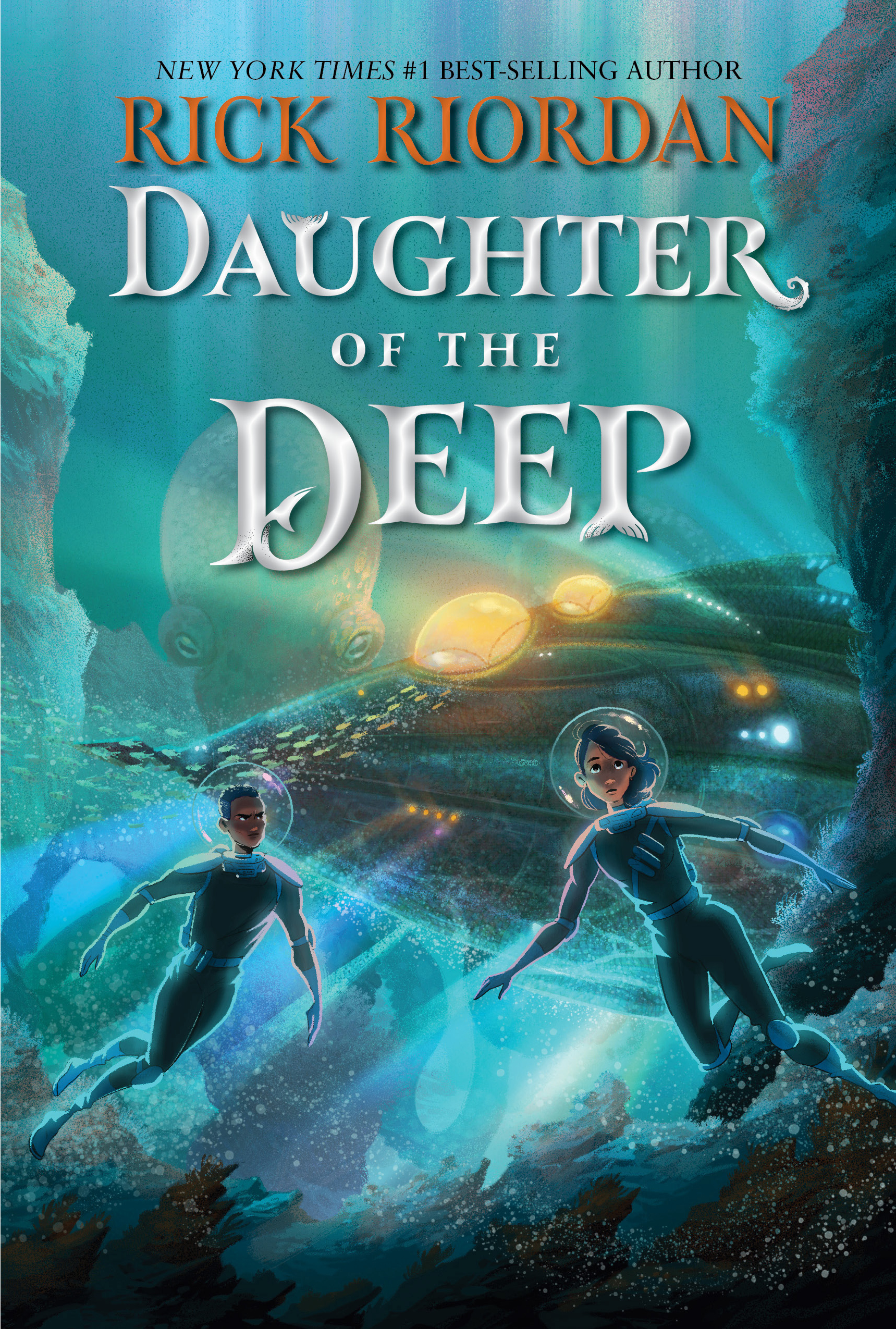 DAUGHTER OF THE DEEP

Ana Dakkar is a freshman at Harding-Pencroft Academy, a five-year high school that graduates the best marine scientists, naval warriors, navigators, and underwater explorers in the world. Ana’s parents died while on a scientific expedition two years ago, and the only family’s she’s got left is her older brother, Dev, also a student at HP. Ana’s freshman year culminates with the class’s weekend trial at sea, the details of which have been kept secret. She only hopes she has what it’ll take to succeed. All her worries are blown out of the water when, on the bus ride to the ship, Ana and her schoolmates witness a terrible tragedy that will change the trajectory of their lives.

But wait, there’s more. The professor accompanying them informs Ana that their rival school, Land Institute, and Harding-Pencroft have been fighting a cold war for a hundred and fifty years. Now that cold war has been turned up to a full broil, and the freshman are in danger of becoming fish food. In a race against deadly enemies, Ana will make amazing friends and astounding discoveries about her heritage as she puts her leadership skills to the test for the first time.

Rick Riordan’s trademark humor, fast-paced action, and wide cast of characters are on full display in this undersea adventure.

KIRKUS – “A riveting novel that will have readers rooting for its star.”