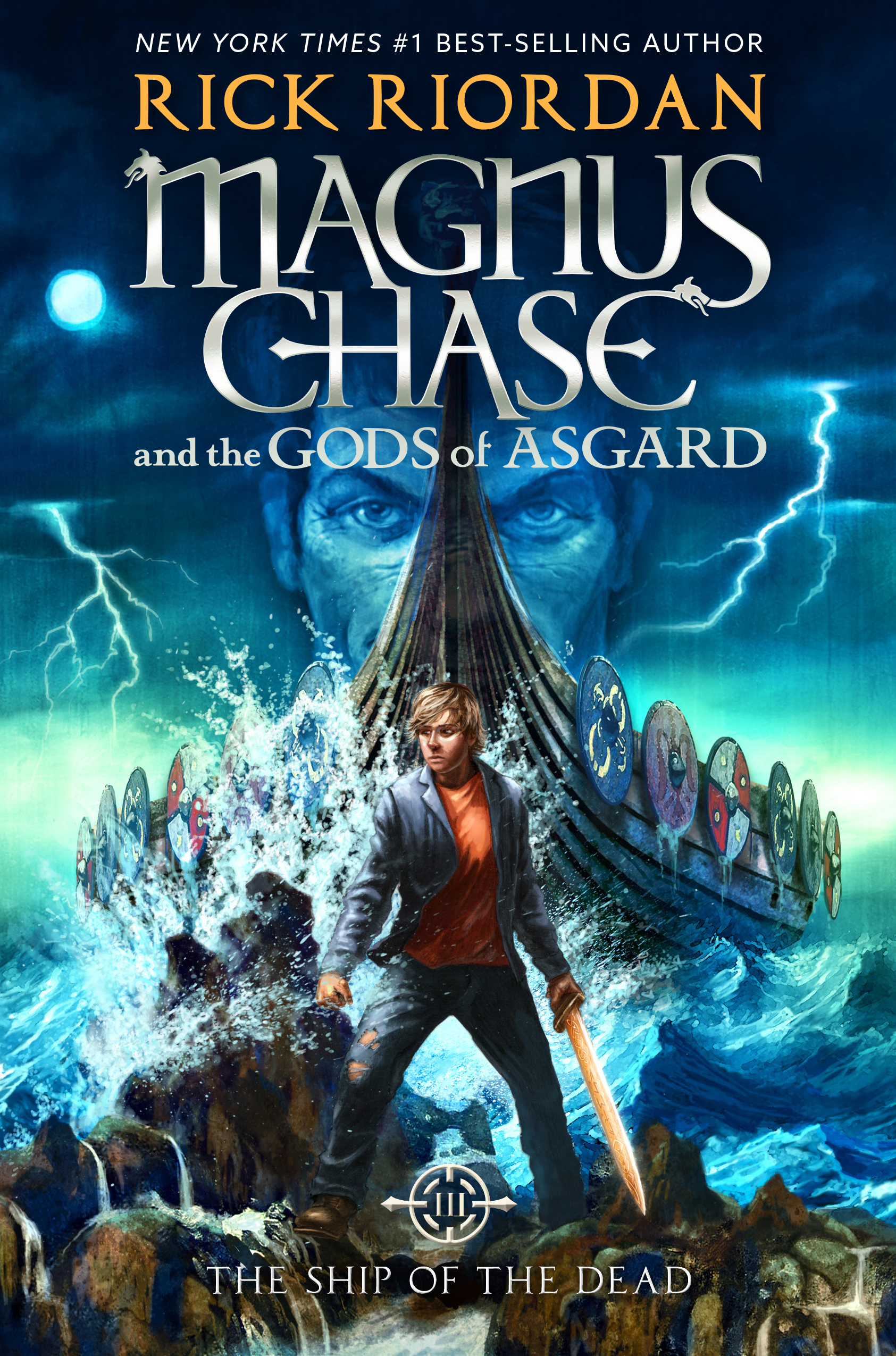 MAGNUS CHASE AND THE GODS OF ASGARD

THE SHIP OF THE DEAD

Loki is free from his chains. He’s readying Naglfar, the Ship of the Dead, complete with a host of giants and zombies, to sail against the Asgardian gods and begin the final battle of Ragnarok. It’s up to Magnus and his friends to stop him, but to do so they will have to sail across the oceans of Midgard, Jotunheim, and Niflheim in a desperate race to reach Naglfar before it’s ready to sail. Along the way, they will face angry sea gods, hostile giants, and an evil fire-breathing dragon. Magnus’s biggest challenge will be facing his own inner demons. Does he have what it takes to outwit the wily trickster god?

THE HAMMER OF THOR
(October 2016, Hyperion, 480 pp)
Thor’s hammer is missing again. The thunder god has a disturbing habit of misplacing his weapon–the mightiest force in the Nine Worlds. But this time the hammer isn’t just lost, it has fallen into enemy hands. If Magnus Chase and his friends can’t retrieve the hammer quickly, the mortal worlds will be defenseless against an onslaught of giants. Ragnarok will begin. The Nine Worlds will burn. Unfortunately, the only person who can broker a deal for the hammer’s return is the gods’ worst enemy, Loki–and the price he wants is very high.

THE SWORD OF SUMMER
(October 2015, Hyperion, 499 pp)
Magnus Chase has always been a troubled kid. Since his mother’s mysterious death, he’s lived alone on the streets of Boston, surviving by his wits, keeping one step ahead of the police and the truant officers. One day, he’s tracked down by an uncle he barely knows-a man his mother claimed was dangerous. Uncle Randolph tells him an impossible secret: Magnus is the son of a Norse god. The Viking myths are true. The gods of Asgard are preparing for war. Trolls, giants and worse monsters are stirring for doomsday. To prevent Ragnarok, Magnus must search the Nine Worlds for a weapon that has been lost for thousands of years. 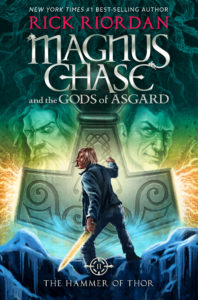 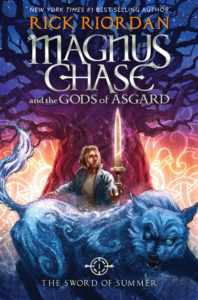