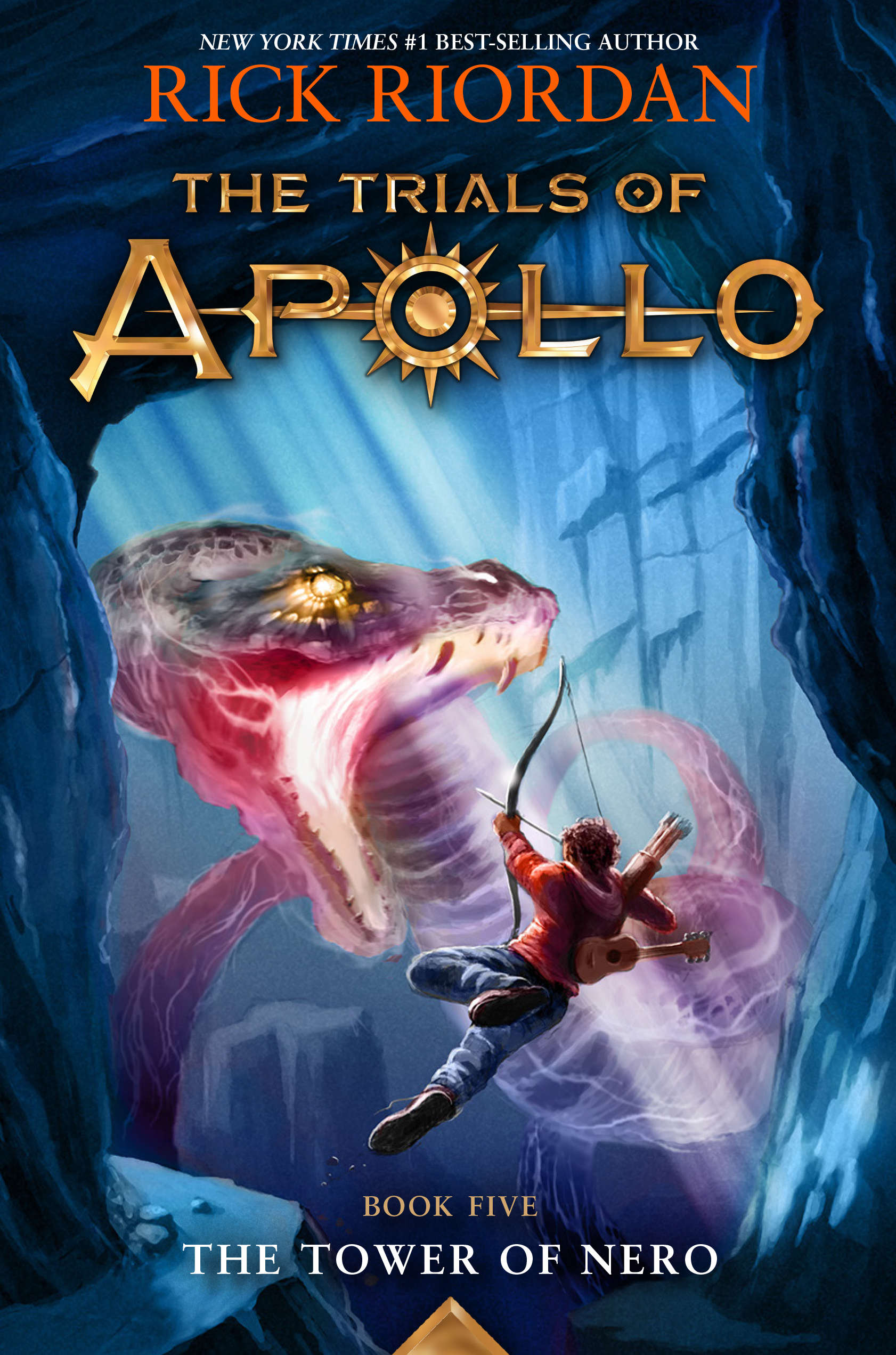 THE TRIALS OF APOLLO

THE TOWER OF NERO

At last, the breathtaking, action-packed finale of the #1 bestselling Trials of Apollo series is here! Lester and his demigod master Meg must follow a prophecy uncovered by Ella the harpy. Lester’s final challenge will be at the Tower of Nero, back in New York. Will Meg have a last showdown with her father? Will this helpless form of Apollo have to face his arch nemesis, Python? Who will be on hand at Camp Half-Blood to assist? These questions and more will be answered in this book that all demigods are eagerly awaiting.

THE TYRANT’S TOMB
(September 2019, Hyperion, 448 pp)
Apollo’s journey takes him to Camp Jupiter in the San Francisco Bay Area, where the Roman demigods are preparing for a desperate last stand against the evil Triumvirate of Roman emperors. Hazel, Reyna, Frank, Tyson, Ella, and many other old friends will need Apollo’s aid to survive the onslaught. Unfortunately, the answer to their salvation lies in the forgotten tomb of a Roman ruler . . . someone even worse than the emperors Apollo has already faced.

THE BURNING MAZE
(May 2018, Hyperion, 448 pp)
The words Meg uttered while seated on the Throne of Memory revealed that an evil triumvirate of Roman emperors plans to attack Camp Jupiter. While Leo flies ahead on Festus to warn the Roman camp, Lester and Meg must go through the Labyrinth to find the third emperor–and an Oracle who speaks in word puzzles–somewhere in the American Southwest.

THE DARK PROPHECY
(May 2017, Hyperion, 432 pp)
Lester must leave the relative safety of Camp Half-Blood and embark on a hair-raising journey across North America. Fortunately, what he lacks in godly graces he’s gaining in new friendships–with heroes who will be very familiar to fans of the Percy Jackson and the Olympians and the Heroes of Olympus series. Come along for what promises to be a harrowing, hilarious, and haiku-filled ride.

THE HIDDEN ORACLE
(May 2016, Hyperion, 384 pp)
After angering his father Zeus, the god Apollo is cast down from Olympus. Weak and disorientated, he lands in New York City as a regular teenage boy. Now, without his godly powers, the four-thousand-year-old deity must learn to survive in the modern world until he can somehow find a way to regain Zeus’s favor. But Apollo has many enemies – gods, monsters and mortals who would love to see the former Olympian permanently destroyed. Apollo needs help, and he can think of only one place to go… an enclave of modern demigods known as Camp Half-Blood. 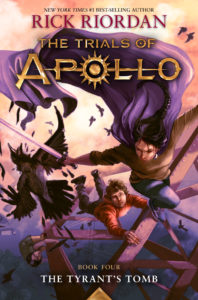 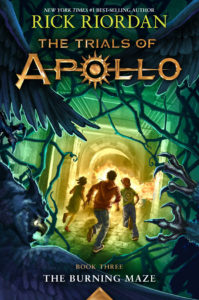 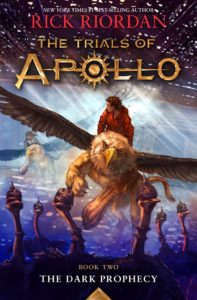