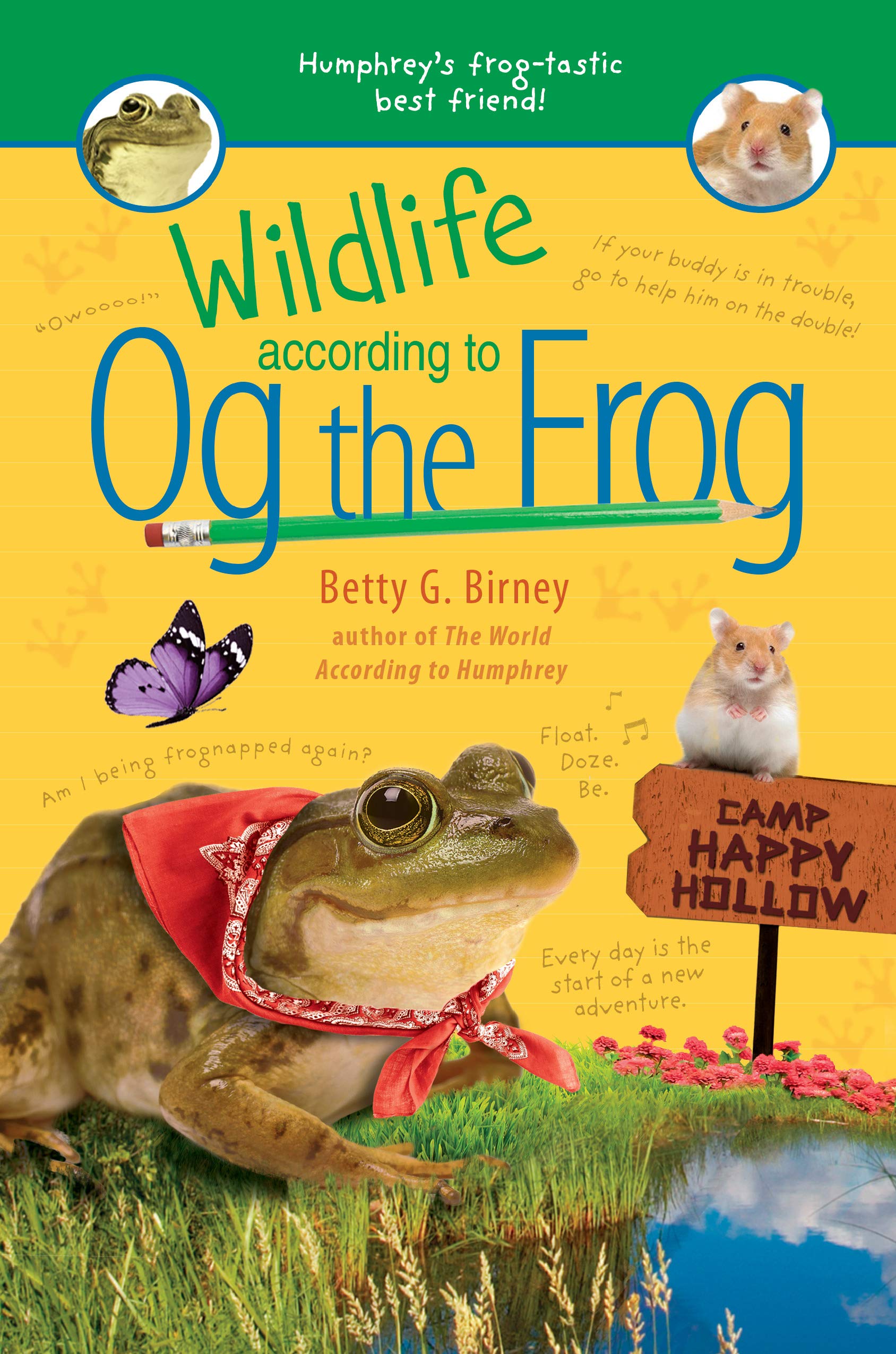 WILDLIFE ACCORDING TO OG THE FROG

In the third book in the spinoff of the Humphrey series, Og and Humphrey head to summer camp to see what’s hopping in the wilderness!

EXPLORING ACCORDING TO OG THE FROG
Book 2 – July 2019, Putnam/Penguin, 160 pp
Og is ready for adventure and hopping at the chance to help kids be brave in the second book in the Og the Frog series.

LIFE ACCORDING TO OG THE FROG
Book 1 – July 2018, Putnam/Penguin, 160 pp
The adventures in Humphrey’s Room 26 are hopping back into the spotlight, from the perspective of Og the Frog! When Og the Frog first comes to Room 26, he doesn’t know what to think. He misses his friends from the pond, there are all kinds of strange noises, and the water is his tank just might be too clean (you know, a little muck never hurt anyone). But the furry, squeaky fellow living next to him is endlessly entertaining, the kids sure are friendly, and–BING, BANG, BOING!— he gets lots of inspiration for making up poems and songs. But he gets stumped when talk turns to sending him back to the pond. Will he have to say goodbye just when he’s starting to feel at home?

Og’s frog’s-eye view of the world is curious, sympathetic, and poetic, and the perfect companion to The World According to Humphrey. 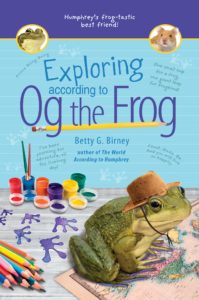 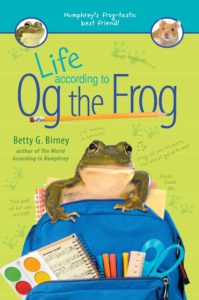