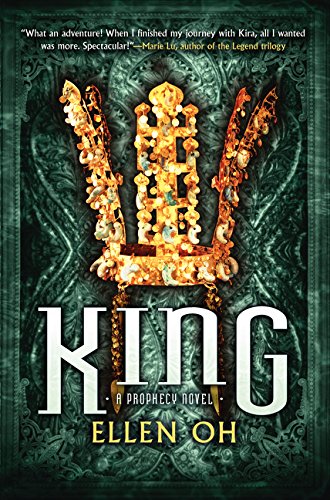 This thrilling and romantic conclusion to the Prophecy series brings Kira her final quest. She braves a sea of tigers and battles armies of demons as she learns to trust herself, the romantic feelings for Jaewon that are growing within her, and the destiny that must be hers.

WARRIOR
Book 2 – December 2013, HarperCollins/HarperTeen, 352 pp
With a strong heroine, romantic intrigue, and mythical creatures, such as a nine-tailed fox demon and a goblin army, Kira, the yellow-eyed demon slayer who protected her kingdom in Prophecy, is back—and her dramatic quest is far from over.

PROPHECY
Book 1 – December 2013, HarperCollins/HarperTeen, 352 pp
For fans of bestselling author Marie Lu comes this heart-stopping first book in Ellen Oh’s trilogy about the greatest warrior in all of the Seven Kingdoms… a girl with yellow eyes. Intrigue and mystery, ancient lore and action-packed fantasy come together in this incredible debut. Filled with ancient lore and fast-paced excitement, this page-turning series is one riveting adventure! 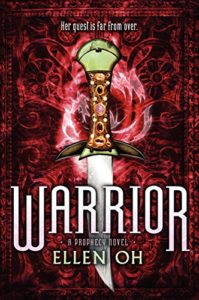 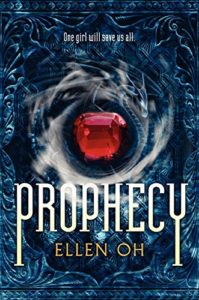