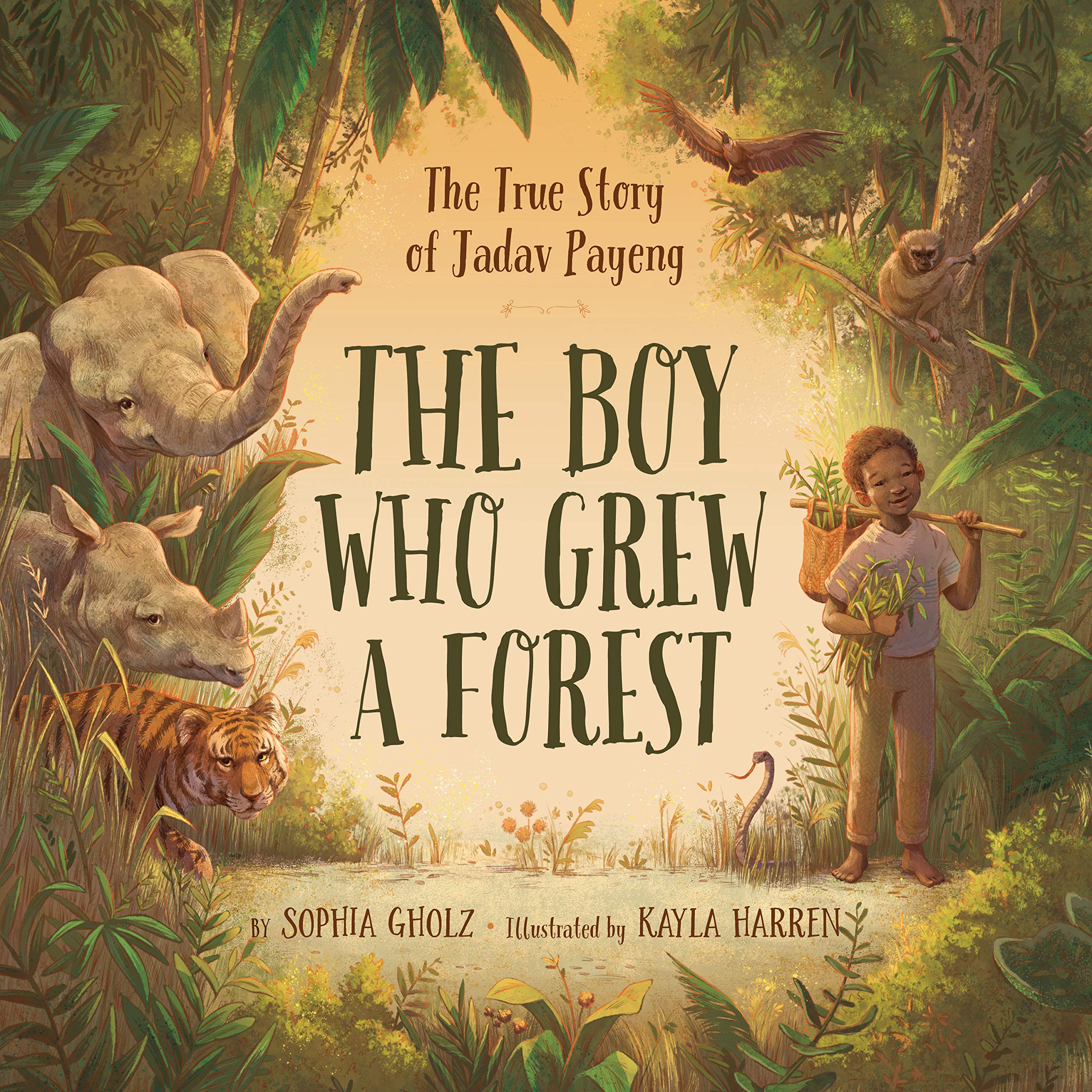 THE BOY WHO GREW A FOREST

As a boy, Jadav Payeng was distressed by the destruction deforestation and erosion was causing on his island home in India’s Brahmaputra River. So he began planting trees. What began as a small thicket of bamboo, grew over the years into 1,300 acre forest filled with native plants and animals. The Boy Who Grew a Forest tells the inspiring true story of Payeng–and reminds us all of the difference a single person with a big idea can make.

SHELF AWARENESS – “The Boy Who Grew a Forest celebrates an incredible man and arouses in its audience a respect for nature that may motivate them to follow in Jadav’s footsteps. Superb.”