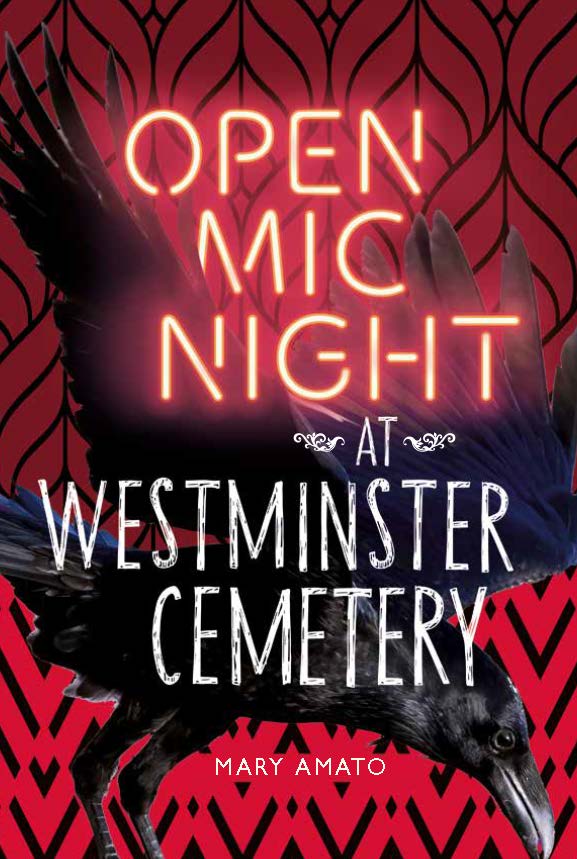 Sixteen-year-old slam-poet Lacy Brink wakes up dead—and confused—in Westminster Cemetery. It’s the job of Sam, a young Civil War soldier who died in 1865, to help her adjust to the strict rules of the afterlife and to warn her about Suppression, a punishment even worse than death. Given the task of providing entertainment, Lacy organizes an open mic. With the help of Sam and other new allies, including the cemetery’s most famous resident—Edgar Allan Poe—the open mic become a chance for cemetery residents to express sensitive and complex truths, including experiences of trauma and abuse.