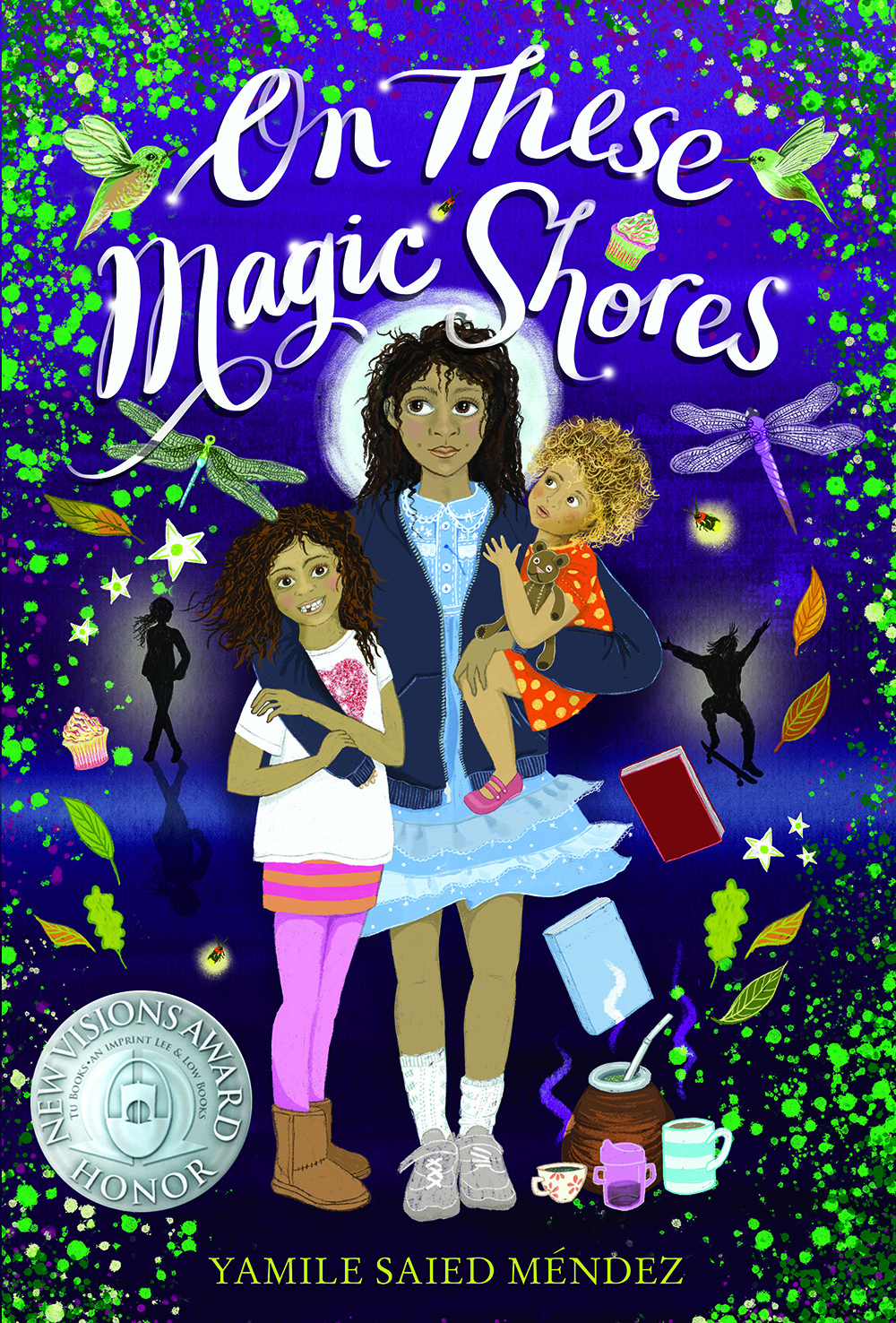 ON THESE MAGIC SHORES

Twelve-year-old Minerva Soledad Madrid does not believe in fairies (or peques, as mamá calls them), despite the fact that her family insists peques followed them from Argentina to the US watch over them. As the oldest helping to care for her baby sisters while their mom works two jobs, Minnie doesn’t often get to be childish and dreams of being the first Latina president of the United States. A tiny part of her would like to believe in such fantasies, though, which is why she also dreams of being cast as Wendy in their school’s production of Peter Pan.

Those dreams are put on hold when one day mamá doesn’t come home. Days pass and Minnie is determined to keep her mother’s disappearance a secret and keep her sisters out of foster care while she tries to figure out what happened. Meanwhile, small gifts appear and unexpected, helpful coincidences occur. Could it really be peques like her sisters insist? And if it is, could they bring their mother back?