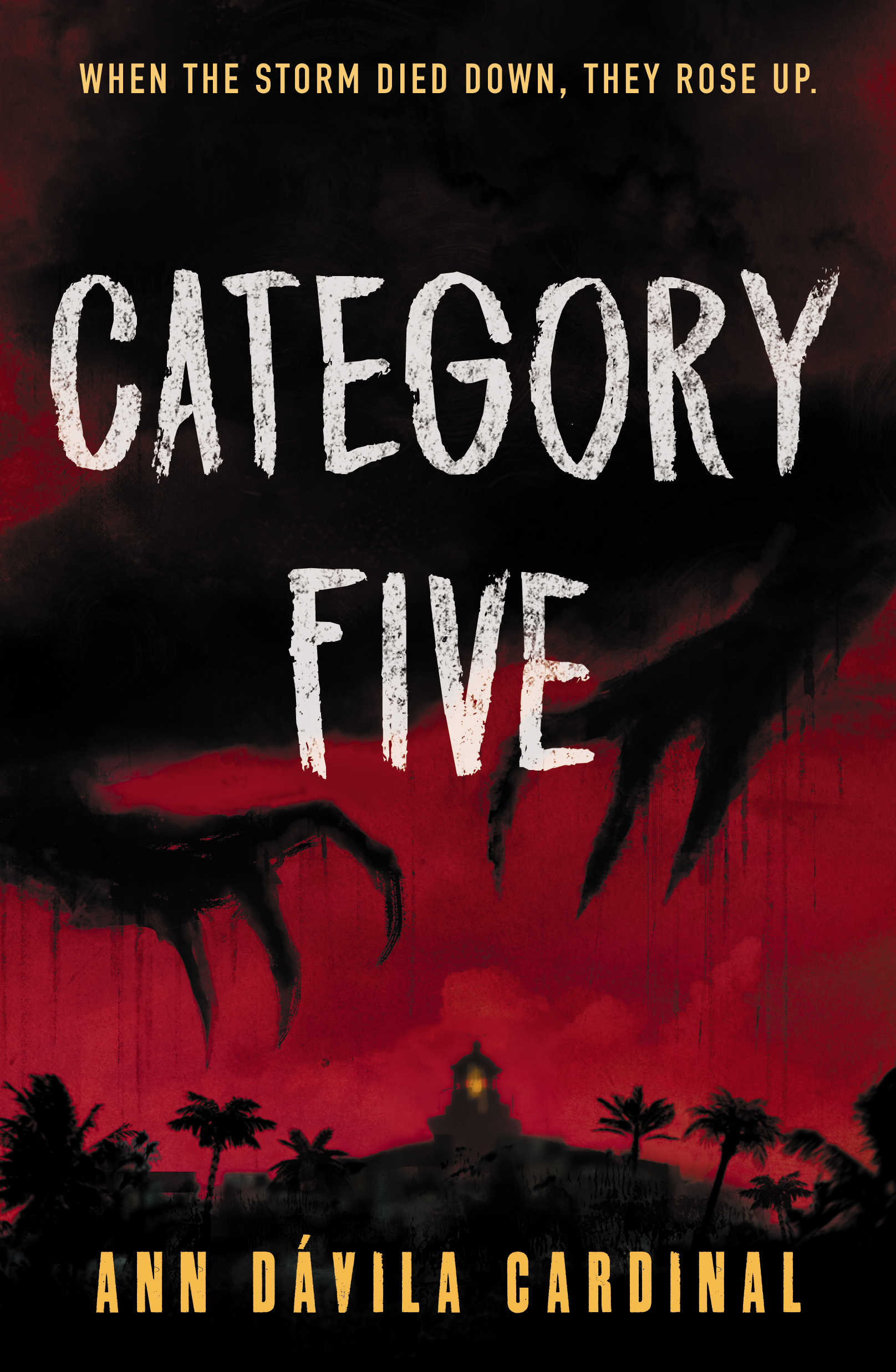 After the hurricane, some see destruction and some smell blood.

Category Five is a new supernatural thriller from Ann Dávila Cardinal, set against the backdrop of a post-hurricane Puerto Rico.

The tiny island of Vieques, located just off the northeastern coast of the main island of Puerto Rico, is trying to recover after hurricane Maria, but the already battered island is now half empty. To make matters worse, as on the main island, developers have come in to buy up the land at a fraction of its worth, taking advantage of the island when it is down. Lupe, Javier, and Marisol are back to investigate a series of murders that follow in the wake of a hurricane and in the shadow of a new supernatural threat.

In this thrilling, supernatural murder mystery, monsters only come when they’re called.

A self-described Gringa-Rican from Vermont, Lupe Dávila has her summer thrown off-course when she’s shipped off to Puerto Rico for the entire break. But upon arrival, she discovers that her uncle is investigating a series of grisly murders sweeping the island and it’s Lupe who sees the signs of something more than human. Javier Utierre is one of five friends from a deteriorating neighborhood in Puerto Rico who seem to be marked for death on the eve of their eighteenth birthdays. If Lupe and Javier can survive each other’s company, together they can solve the mystery of who is behind the murders before Javier’s own birthday arrives. But if they want to catch the killer, they’ll have to step into the shadows to see what’s lurking there—murderer, or monster?