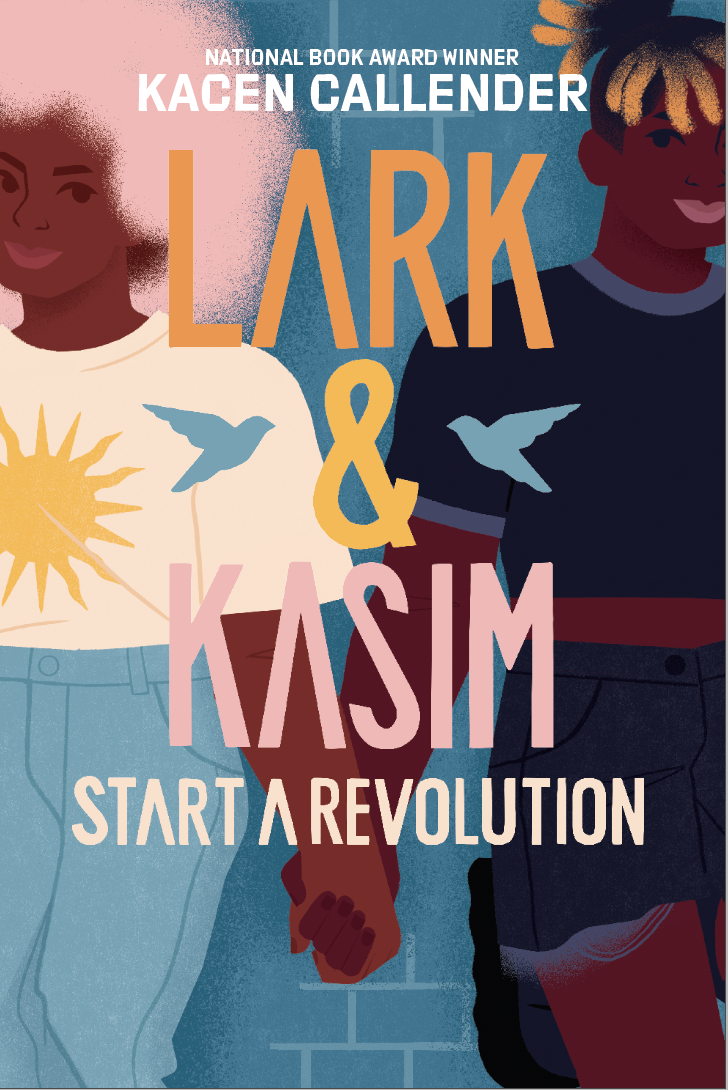 LARK AND KASIM START A REVOLUTION

Seventeen-year-old nonbinary, neurodivergent Lark Winters wants to be published, but they’ve only been receiving rejection after rejection from literary agents. They believe that their only way to succeed is to get over 50K followers on Twitter, and they’re well on their way—until one night when their former best friend and now number one enemy, Kasim Youngblood, accidentally posts onto Lark’s Twitter account.

Kasim’s thread is a declaration of his unrequited love for someone he fears hates him, and when it goes viral, Lark is afraid of backlash they might receive if they announce that it was actually Kasim’s thread. Lark pretends that they wrote it, even saying that the thread had been about their own secret crush, Eli, when pushed for details, and entering an online-famous romance with them.

As it becomes increasingly clear that Kasim actually wrote the thread about Lark, they must unravel their own feelings for Kasim and his girlfriend Sable, face online attacks and bullies in real life, and learn accountability for their own mistakes—a path that helps them begin to feel a revolutionary self-love.