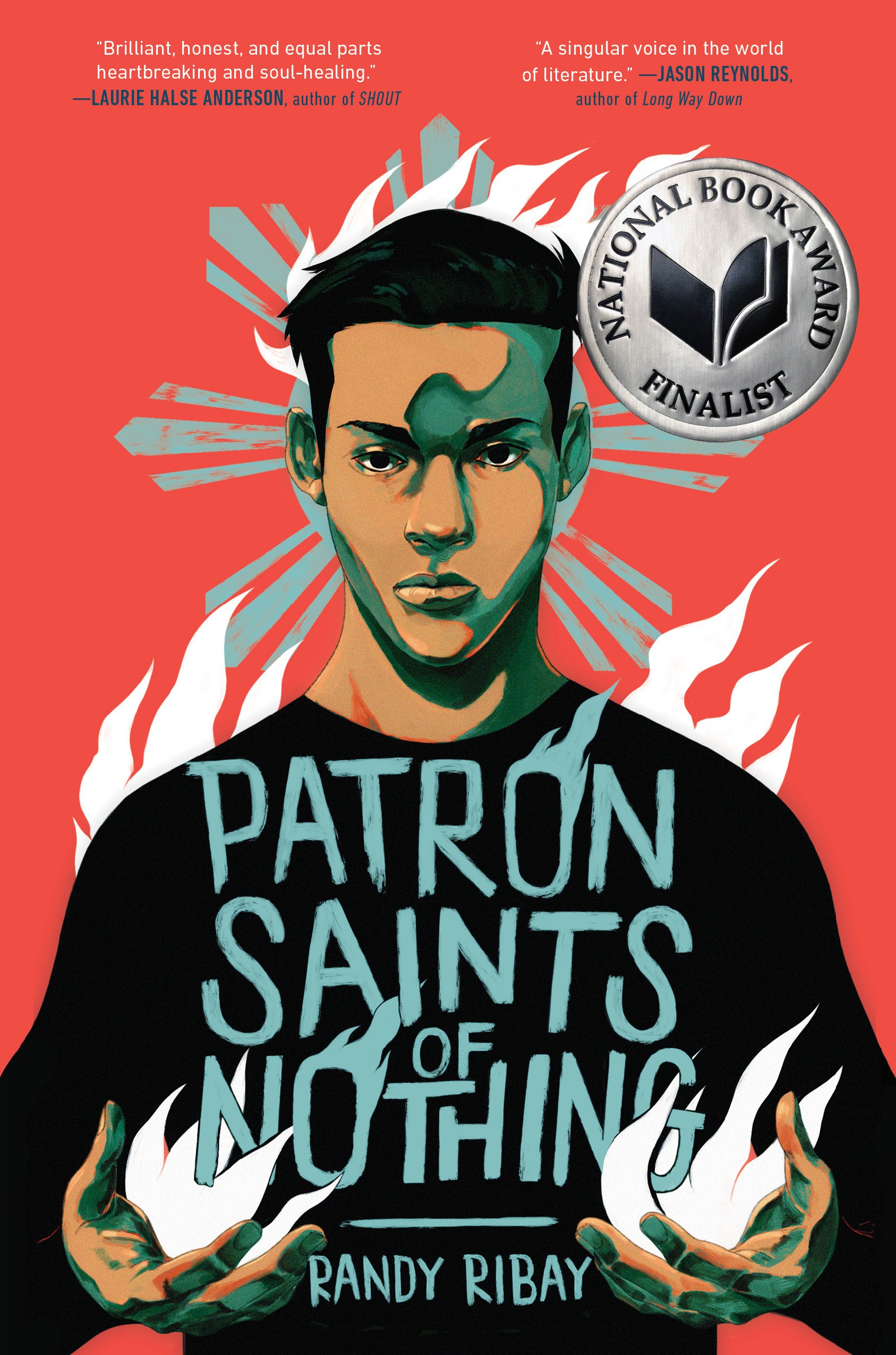 PATRON SAINTS OF NOTHING

A powerful coming-of-age story about grief, guilt, and the risks a Filipino-American teenager takes to uncover the truth about his cousin’s murder.

Jay Reguero plans to spend the last semester of his senior year playing video games before heading to University of Michigan in the fall. But when he discovers that his Filipino cousin Jun was murdered as part of President Duterte’s war on drugs, and no one in the family wants to talk about what happened, Jay travels to the Philippines to find out the real story. Hoping to uncover more about Jun and the events that led to his death, Jay is forced to reconcile the many sides of his cousin before he can face the whole horrible truth — and the part he played in it.

As gripping as it is lyrical, Patron Saints of Nothing is a page-turning portrayal of the struggle to reconcile faith, family, and immigrant identity.

PUBLISHERS WEEKLY – “Passionately and fearlessly, Ribay (After the Shot Drops) delves into matters of justice, grief, and identity in this glimpse into the life and death of a fictional victim of President Duterte’s war on drugs in the Philippines.”

BOOKLIST – “Ribay provides a much-needed window for young people of the West to better understand the Filipino history of colonization, occupation, and revolution.”