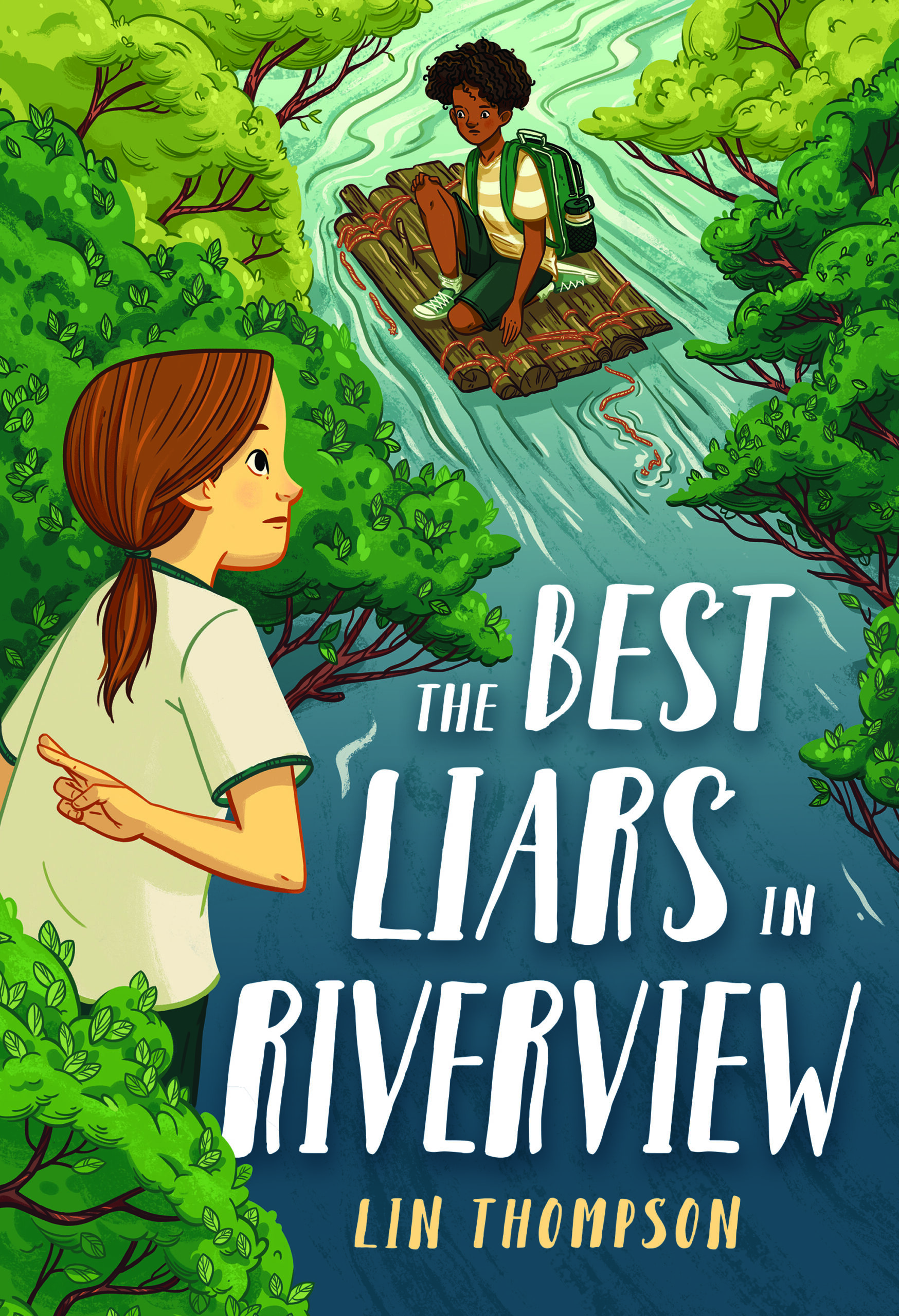 The Best Liars in Riverview

In the woods of a small Kentucky town, Aubrey sets off on a journey about growing up, self-discovery, and acceptance while searching for their missing best friend—perfect for fans of KING AND THE DRAGONFLIES.

Aubrey and Joel are like two tomato vines that grew along the same crooked fence—weird, yet the same kind of weird. Then Joel disappears. Vanishes. The whole town is looking for him and Aubrey was the last person to see Joel. Aubrey can’t say much, but since lies of omission are still lies, here’s what they know for sure:

– For the last two weeks of the school year, Aubrey and Joel have been building a raft in the woods.
– The raft was supposed to be just another part of their running away game, when sixth grade and bullies like Rudy Thomas became too much.
– The raft is gone now, too.

Aubrey doesn’t know where Joel is, but they might have a hunch about where to find him.

As Aubrey, their friend Mari, and their sister Teagan search along the river, Aubrey has to fess up to who they really are, all the things they never said, and the word that Rudy Thomas used that set all this into motion.